NOVEC Energy Production
NOVEC has practiced environmental stewardship for more than four decades, and is now distributing more renewable energy than ever before. 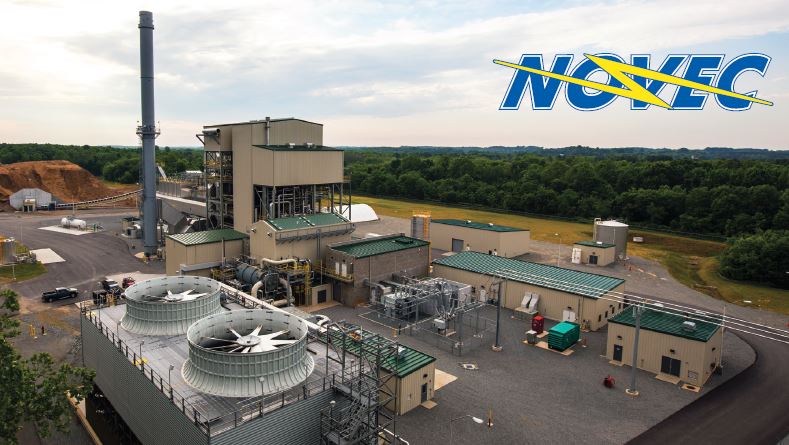 To supply customers with more renewable energy, NOVEC built its first-ever power plant — the NOVEC Energy Production Halifax County Biomass Plant. The Co-op opened the plant near South Boston, Virginia, in 2013. The plant has the capacity to generate roughly 50 megawatts of power at gross or 45 megawatts at net— enough electricity to power about 16,000 homes.
“We built the plant in Virginia’s Southside region, where there’s an abundance of wood waste left over from commercial logging,” says John Rainey, NOVEC director of origination and plant operations. “We designed the plant with the environment in mind. Therefore, when we burn wood chips in the furnace, an electro-static precipitator traps and removes particulates in the exhaust stream and reduces them to a permitted level. We also can reinject the fly ash captured at the top of the furnace into the combustion chamber to burn that amount of particulates. To complete the ecological cycle, the company contracted to remove the fly ash from the plant and make it available to local farmers for enriching their soil for replanting new trees and other agricultural products.”

Gas-To-Energy Project
NOVEC distributes 100 percent of the renewable energy produced by five generators at the Prince William County Landfill. The generators use gas from decaying trash as fuel for creating 6.7 megawatts of electricity — enough to power 5,000 homes, a school-bus garage, and an animal shelter.